David Wilson Homes turned to us to ensure the recent wiring regulation changes would have minimum impact on its construction process while maintaining high-quality interior design. As a result, it has specified our Design 30 consumer unit into 17,000 new homes for 2016.

David Wilson Homes turned to us to ensure the recent wiring regulation changes would have minimum impact on its construction process while maintaining high-quality interior design. As a result, it has specified our Design 30 consumer unit into 17,000 new homes for 2016.

On 1st January 2016, changes brought in by Amendment 3 to the wiring regulations BS 7671 came into full effect. The changes were driven by investigations into several fires involving plastic consumer units by the London Fire Brigade, which concluded that a key cause of the fires was substandard cable connections made by the electrician. These resulted in overheating, which eventually ignited the plastic enclosure. The legislation outlines that all domestic consumer units fitted in the UK from January 2016 have to be made of a non-combustible material.

These new regulations have been long anticipated giving manufacturers, installers and specifiers time to adjust. However, the changeover has not been without its challenges. For companies installing the new consumer units on mass, such as national housebuilders, many elements need to be considered such as stock availability, familiarity, ease of install for their installer base, aesthetic suitability for its properties, unit location and ease of access to comply with recent changes to building regulations (Part M).

David Wilson Homes, for example, began carrying out in-depth research, engaging its installer subcontractors and supplier base to explore the best path to complying with the new legislation. As a developer of premium quality five star homes, aesthetics were of particular importance.

We have enjoyed a long relationship with David Wilson Homes 27 house building divisions and is a highly rated supplier, ranked in the top quartile of all suppliers. As far back as 2014, we initiated an extensive project to develop a new range of Amendment 3 compliant consumer units and accessories.

"Hager is valued as a trusted and reliable business which is able to stock up to meet our volumes while offering cost effective solutions."


Ahead of the Amendment coming into force, David Wilson Homes worked with a number of its sub-contractors to gather feedback and understand practical issues around install on various Amendment 3 compliant products in the market. Our Design 30 received overwhelming feedback from installers with regards to the ease and speed of install. In an industry where more time on site equals increased expense, this was an important contributing factor.

As part of the changeover, David Wilson Homes also worked in collaboration with its supply chain to ensure retention of key features on new product design.
In a market where health & safety regulations influence much of the decision making, the housebuilder required a consumer unit that would comply with its robust health & safety strategy. As part of this, it requires all consumer units to provide a locking mechanism that will ensure the safety of its workers – an original feature created with us on the previous plastic consumer units. The health & safety lock has now been carried over into the Amendment 3 Design range allowing the board to be isolated for the safety of tradespeople during construction of a building. It allows electricians to use it when working on a circuit while keeping the rest of the installation live for functionality.

Part M of the building regulations for England and Wales states that the location of wall-mounted switches and socket outlets should be easily accessible and with sufficient space around to operate switches and protective devices. More often or not this means consumer units are on display in new homes. There has been much concern in the construction industry around metal being a less visually attractive material than its plastic predecessor. Consequently, David Wilson Homes was mindful that the chosen consumer unit would still have to retain an element of style in order to maintain its high standard of interior design.

In parallel to David Wilson's planning phase, we had been working since 2014 to ensure the Amendment 3 compliant consumer units were aesthetically pleasing. The Design 30 is an enhanced version in the range which is designed to be more visually appealing for applications where the board is on show, which made it a natural contender for David Wilson.  Jon Walker, Group Procurement Manager at David Wilson Homes said: “The appearance of the Design 30 is more streamlined and it is important that we specify products that support our strategy to build five-star homes.”
Furthermore, our manufacturing plant is based in Telford in the UK giving housebuilders easier access to the products they specify. Jon added: “Hager is valued as a trusted and reliable business which is able to stock up to meet our volumes while offering cost-effective solutions. Similarly, all their products are manufactured in the UK which means they have more control over their capacity.”This proactive and considered approach has led to David Wilson homes specifying our Design 30 for all 17,000 of its new build properties in 2016 and has already installed at over 200 sites.Steve Matner, our UK Residential Key Accounts Manager commented: “Not only is the Design 30 compliant with the legislation changes, it is positioned as a competitively priced, premium model of consumer unit. We believe there is a need for companies to pay closer attention to the standards of electrical distribution equipment as we are still seeing the poor quality, imported products being installed across the UK. We are thrilled that Barratt Developments has chosen the Design 30 consumer unit to be installed in all 17,000 of its new homes this year as it is championing quality electrical products.”Our Design 30 consumer unit has been a popular choice across the market and is currently projected to be installed in 40,000 new homes across the UK this year. 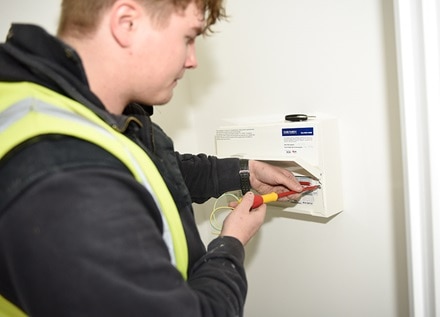 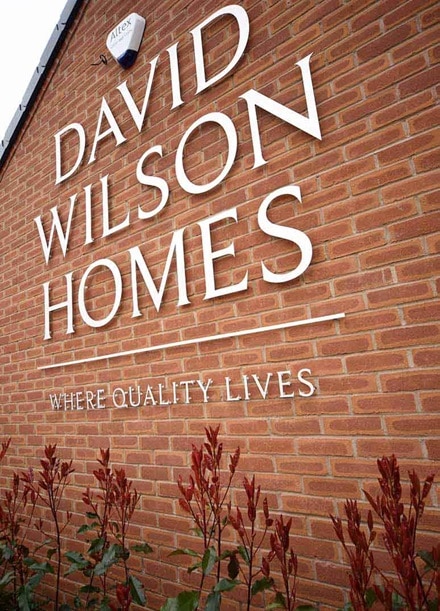 Get inspired and discover how you can use our electrical solutions in your next project! 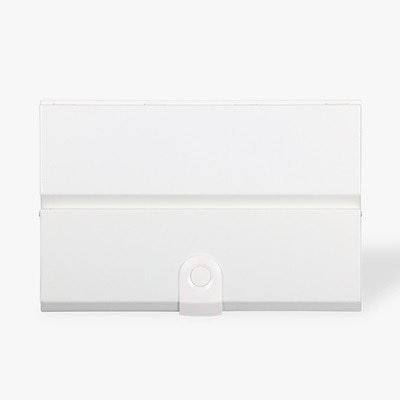 Design 30 is the eye catching Amendment 3 compliant consumer unit, designed with safety in mind and packed with numerous installation features.

Taylor Wimpey, one of the UK's largest house building companies has teamed up with Hager to ensure optimum safety by fitting surge protection devices within the property's consumer units. 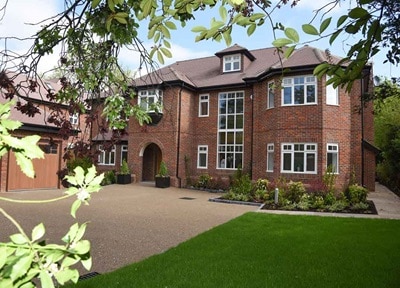 Hager provides the Lighting and Wiring Accessory solution for multi-million pound Bugler homes.Hager’s all-encompassing building automation KNX system accompanied by its Berker and Sollysta wiring accessories was chosen as an electrical solution for the project.

Hager donated electrical distribution boards that included circuit and surge protection, for Dartmoor Zoo, which has been made famous by the Hollywood film “We bought a zoo”.

See all the cases studies